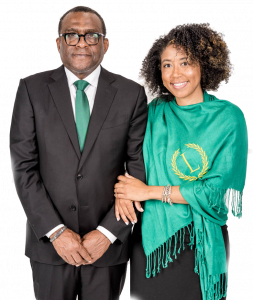 R.S. Lewis & Sons Funeral Home has operated continuously in downtown Memphis, Tennessee since 1914. The home has held services for many prominent African-Americans, including Dr. Martin Luther King Jr, Benjamin Hooks, Maxine and Vasco Smith, and Judge Odell Horton to name a few. The Lewis family was known for its civic leadership and familial presence. Robert Lewis Sr. opened the funeral home at the corner of Beale and Fourth Street in downtown Memphis in 1914. In 1922, Lewis purchased the Memphis Red Sox, a baseball team in the Negro leagues.

He also financed the construction of Martin Stadium (sometimes called “Lewis Park”) in Memphis. At the time, the city’s hotels were racially segregated, and opposing team members were lodged at the funeral home.

Martin Luther King, Jr. was assassinated in Memphis on the evening of April 4, 1968. During King’s visit to Memphis, the Lewis funeral home had provided him with a chauffeured limousine.

After the shooting, King was taken by ambulance to the emergency ward at St. Joseph’s Hospital, where he was pronounced dead at 7:05 p.m. Within an hour, his body was transported to the office of the Chief Medical Examiner at John Gaston Hospital. King’s closest aides contacted Robert Lewis Jr. to retrieve the body and prepare it for viewing. Robert Lewis Jr. and Clarence Lewis labored through the night embalming, grooming and preparing King’s body, while listening to crackling recordings of King’s speeches.

King’s primary wake was held on April 5 in the funeral home’s chapel, which filled with thousands of mourners wishing to view the body. King’s casket was then flown to Atlanta for two more funeral services, Robert Lewis Jr. was director of the funeral home until his death in 2011. Under the guidance of close friends, the wife of Robert Lewis, Ruth Lewis along with their children sold the funeral home to Nelda and Tyrone Burroughs in 2012. Tyrone Burroughs also a business leader and philanthropist in the community lives by his motto “ to whom much is given much is required” Mr. Burroughs and Mr. Lewis are very similar in that they believe in building a better community for the future. In 2010, Mr. and Mrs. Burroughs founded The Burroughs Foundation and over the past decade have contributed to many philanthropic programs that empower diverse communities, specifically to address the educational, health, and social needs of ethnically diverse neighborhoods. As a community and business leader, he is committed to taking the issues that impact them seriously and implement real change. Through the Burroughs Family of businesses and the foundation, Mr. and Mrs. Burroughs have made significant contributions to many philanthropic efforts, including the following: founding member of the Governor Faith-Based and Community Initiatives, Shelby County Schools, ArtSpace, Hattiloo Theater, National Association for the Advancement of Colored People (NAACP) Memphis, National Civil Rights Museum, Africa Bible Project, Benedict College, and Bridge Builders.

Under the leadership of Tyrone Burroughs and his family, RS Lewis and Sons Funeral Home renovated the previously occupied JO Patterson Funeral Home located in Binghampton as its second location, updated and added to the fleet of cars, and modernized the facilities. Currently a third location is slated to open 2022. Currently the funeral home is run and operated by Tyrone Burroughs daughter Melanie Burroughs Cole alongside her wonderful and dedicated staff. RS Lewis and Sons Funeral Home continues to be committed to the original mission of putting families first and continuing the legacy that the Lewis Family started over a 100 years ago. We continue to take pride in providing superior service to all families.

Welcome to R.S. Lewis & Sons Funeral Home | Our professional and caring staff takes pride in providing high quality and affordable funeral services that meet the special needs of your family.

R.S. Lewis & Sons Funeral Home offers a full line of quality funeral services. We have a wide selection of caskets, vaults, liners, urns, and clothing to fit every budget.

Holding a funeral or memorial service for your loved one is a positive first step in the grieving process.

Most of us plan ahead in life. We plan for our wedding, our children’s education, family vacations, and other significant expected life events.
READ MORE

The professionals at R.S. Lewis & Sons Funeral Home have gathered a few recommended resources for your family and friends to use during this time of loss.